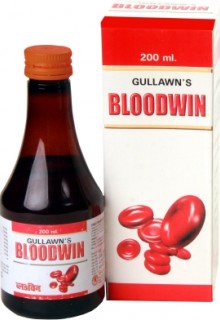 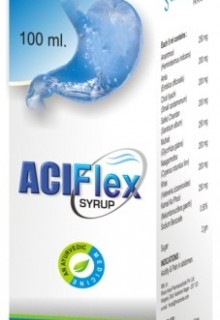 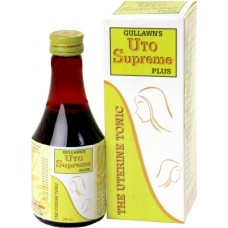 UTO Supreme Plus is a Herbal non-hormonal safe complete Uterine tonic, from Menrache to Menopause that treats Uterine Disorders and Prevent its Complications

Treatment should be continued for a minimum period of Three months.

virtue of its uterine stimulant action.

It Reduces frequency and intensity of uterine contractions and low

It Regulates and regularize menstrual cycle and controls Menorrhagia

It relieves psychological symptoms such as mood swings &

Hormones known as gonadotropins are responsible for regulating

progesterone levels. Gonadotropins are important to the system that

Leucorrhoea caused by aggravation or vitiation of Kapha dosha. The abnormal properties of Jala Mahabhuta is increased (liquid is the property of aap mahabhuta), there is also aggravation of Pitta Dosha in leucorrhea due to which female becomes emaciated.

So Aushadh Dravya having Prithvi, Vayu, Aakash Mahabhuta pradhana is useful and effective in leucorrhea which are having kashya rasa manily likes Dhatpushpi ,Arjuna ,Ashoka,Lodhra and Kalinga.

Polycystic ovarian syndrome is is vata type disorder (apana vayu vikriti) and is caused by consumption of excessive sweet and Kapha vardhak aahara  and mandagni because Kapha is aggravated in PCOS ,So in PCOS there is shithirtava guna of Kapha and there is aggravation of Aap and Prithvi Mahabhuta .The properties of Teja and Vayu Mahabhuta is shadowed by Prithvi and Aap Mahabhuta, so Aushadh Dravya having katu ,tikta kashya rasa is helpful ,which have Vayu ,Agni and Aaksha Mahabhuta pradhana

Pre and Post Menopause During menopause, woman shift from Pitta dominant phase to Vata dominnat phase .So Symptoms of Vata aggaravtion occurs in females like dryness and diminish of Pitta dosha so Aushadh Dravya having katu rasa and madhura rasa pradhan is useful in menopause because aggaravation of Vayu and Aakash Mahabhuta occurs and to balance the Vayu and Aakash Mahabhuta,dravya having Prithvi ,Aap and Agni mahabhuta pradhana is effective. Like Ashwagandha, Ushan, Kalajeera, Purnanava, Yashtimadhu ,Bahusuta ,Shweta musli and Putrajeev .

Infertility is due to aggaravation of Kapha dosha, causative factor is virudhahara ,which results in increase in the Kapha dosha which increase the Prithvi and Jala Mahabhuta ,so properties of shirtva  guna is increased and there is obstruction of Vayu( Vata is responsible for the movement of the follicle during the ovarian cycle.and vitiated Kapha blocks the Pitta and Vayu ) so the movements of egg is restricted which causes infertility

Uto Supreme Plus  have Aushadh Dravya( Kala jeera ,Ushan and Ulatkambal ) which have Vayu,Aakash,Teja Mahabhuta pradhan is very effective as Teja mahabhuta dissolve the Prithvi and Jala Mahabhuta ,It makes passage clear so movements of Vayu is restored ,eggs are formed and properly moved from ovaries to uterus for fertilization

Yoga Asanas For Uto Supreme Plus

UTO Supreme Plus, is contradicted during pregnancy. Seek the advice from physician.

Q2 How do I store UTO Supreme Plus?

UTO Supreme Plus should be stored at room temperature

Q3 From where I get UTO Supreme Plus?

You can purchase UTO Supreme Plus syrup online from our registered online pharmacy www.rhutoherbals.com

Q4 Can I take UTO Supreme Plus if I am breast feeding?

Yes, one can take UTO Supreme Plus during breast feeding as most of the ingredient are safe and have nutritional benefits.

Q5 What are the consequences that patient has to face due to Polycystic Ovarian Syndrome (PCOS)?

PCOS is the leading cause of female infertility and may also increase the risk for developing several medical conditions like insulin resistance, type 2 diabetes, high cholesterol, high blood pressure, and heart disease etc.

Q6 What is unexplained infertility?

Unexplained infertility means when there is no probable cause is found even after couple has gone through all of the possible pathological test available and everything comes normal and the women cannot conceive or becomes pregnant yet.

Q7 I am 17-years-old and always have pains before and during menstruation. How it can be treated effectively?

UTO Supreme Plus is one of the most effective polyherbal medicine for menstruation disorders. It can be taken in a dose of 10 ml twice every day for three months. Seek medical advice from physician to use UTO Supreme Plus. It act as anti-spasmodic, relives intensity and duration of pain before and during menstruation as it contain Ashoka, Arjuna, Kala Jeera and Indradaru that has been used for medicinal purposes since ancient times to relive the symptom of pain during menstrual cycle because of its anti-spasmodic property.

Q8 When should I start taking UTO Supreme Plus?

Talk to your doctor and brief him or her about any of your experience like symptoms of Irregular menstruation, including missed menstrual cycle, change in blood flow, menopause, post and pre-menstrual, pain during menstrual cycle, blood clots, facing trouble in getting pregnant or have PCOS. Afterwards you may start taking UTO Supreme Plus as your doctor will advise you.

Q9 What are uterine tonics?

Uterine tonic are Poly Herbal Formulations that have a toning, strengthening, nourishing effect upon both the tissue and functioning of the female reproductive system. They play very important role in prevention and treatment of common diseases like  vaginal infections, uterine functions, abnormal menstrual cycle

Q10 What are some common disease conditions of the female related to menstruation cycle and pregnancy? 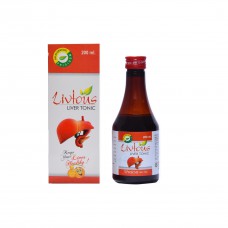 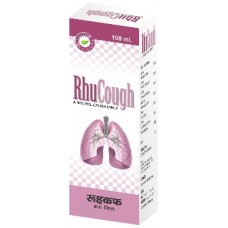 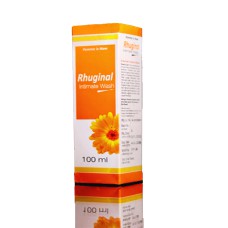